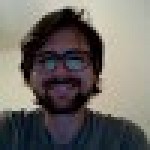 A $66 million donation from the Bill and Melinda Gates Foundation is helping to empower smallholder farmers in 20 countries, 15 of which are in Africa, through the World Food Program’s five-year food buying pilot initiative, Purchase for Progress.

This year marks the final resolution of the program.

As the end of the initiative nears, overall results appear to be positive. The program has linked smallholder rice and corn farmers to quality markets in Ghana, facilitated the U.N.’s largest purchase of Ethiopian corn for consumption within Ethiopia and taught local farmers the business of farming in South Sudan.

Considering such apparent successes of the program — as well as the mogul’s expansive (some would say pervasive) agricultural investments worldwide — it seems logical that Gates would want to sing the program’s and therefore his own praises in his 2013 Annual Letter. Oddly enough, the word “agriculture” appears only twice throughout the 22-page missive — and in passing at that.

The letter instead focuses on the Gates Foundation’s efforts to eradicate polio, increase vaccination rates and facilitate teacher growth in the U.S. All noble causes. The letter also underlines the foundation’s obsession with measuring progress — the unsurprising result of a world-famous tycoon’s inability to extricate his bent for calculation from any endeavor he undertakes, even saving the world.

Could it be that due to negative PR his agro-philanthropic pursuits have recently garnered him and his foundation, Gates wants to shine as dim a light as possible on them? Gates began receiving criticism from the moment he got into the agriculture game back in 2006, when his foundation along with the Rockefeller Foundation launched the Alliance for a Green Revolution in Africa (AGRA). The alliance endeavors to revive the Green Revolution, an agricultural transformation achieved through research, development and new technologies — an initiative claimed to have bypassed Africa in the 1950s and 60s.

In response, Oakland, California-based nonprofit Food First quickly came up with 10 Reasons why the initiative would not solve Africa’s hunger problems. In a policy brief, the authors argue that the Green Revolution did not bypass Africa way back when, rather it failed. And, if it didn’t work back then, why would it work now? The brief cites the hundreds of millions of dollars that have been spent in Africa over the last 25 years by international agricultural research organization CGIAR and asks two straightforward questions that cogently invalidate any claims that Africa needs another Green Revolution:

If these public funds were not invested in a Green Revolution for Africa, then where were they spent? If they were spent on the Green Revolution, then why does Africa need another one?

Food First’s 10 arguments are sound. They illustrate how genetic engineering, which is “the driving force behind (the) AGRA initiative,” degrades both ecosystems and food sovereignty and only leads to farmer indebtedness and insolvency. Nowhere has the result of this been more tragic than in India’s cotton sector. Out-of-control farmer indebtedness to multinational ag giant Monsanto has driven over a quarter of a million cotton farmers to commit suicide in the last 16 years.

The brief’s most potent argument however, is the one that focuses on the heart of the problem: “Hunger is not primarily due to lack of food, but rather because the hungry are too poor to buy the food that is available.” That is to say, Gates and his cohorts aren’t even focusing on the real cause of hunger in Africa and are spending billions in the process.

In his article for Harper’s titled “Let Them Eat Cash!,” Frederick Kaufman provides an exhaustive list of examples where famine resulted from factors such as speculative stockpiling, unemployment and low purchasing power — not physical shortages of food. He cites philosopher and economist Amartya Sen’s extensive research on the causes of famine to illustrate that it is not a question of quantity of food. It’s one of access.