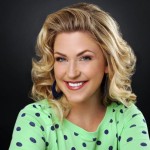 “Blended” was a hilarious romantic comedy that was released in 2014, benefiting from the chemistry between Adam Sandler and Draw Barrymore. This is the third movie involving these two Hollywood A-list stars, and involved a vacation to Africa, featuring South African locations including the well-known Sun City holiday resort. The film received positive reviews and was especially popular with South African audiences.