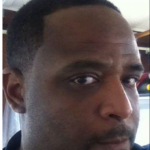 If the tech industry and entertainment media are any indication, both Wall Street and Main Street are currently enamored with video streaming services.

During the last 18 months, a host of Hollywood heavyweights have launched or announced new streaming video services including Sony, HBO, Disney and AT&T.

As of this writing, Netflix has a stock price of $147.58, giving the so-called “Blockbuster killer” a market capitalization of more than $63 billion.

While Brown Sugar focuses on classic black cinema such as “Shaft,” “Dolemite,” and “The Mack,” Johnson is seeking to provide a mixture of older well-known content together with new original content.

One question yet answered is if the African American audience is large enough to support a streaming pay service. When UMC launched its app on the Apple TV platform earlier this year, the company, according to Variety magazine, had only attracted about 20,000-to-30,000 subscribers. But the publication pointed to a similar service RLJ owns in the United Kingdom, Acorn TV, which has nearly a half a million subscribers as a sign of UMC’s potential.

Johnson’s former comrades from big cable seem to agree that there are potential profits in so-called niche markets. In October, AMC Networks entered into an ownership option agreement with Johnson that provided $65 million in funding for the right to purchase up to half of the service.

Johnson certainly believes the audience is there to support UMC.  “There are 34 million or so black people in America,” Johnson explained. “They love and embrace entertainment and technology tremendously. They will pay for it because they want to see this stuff. That’s the vision of UMC.”

According to Johnson, big cable and the media conglomerates that feed them content are struggling to grow their audiences in the face of cable subscribers ditching the traditional pay-TV services or never signing up at all.

“The media distribution model is changing and we see the opportunity to not only create new opportunities for content creators but a chance to get ahead of the curve in content distribution,” Johnson said.  “With BET we filled a need and with this service we are doing pretty much the same thing but with an eye towards new technology.”

Johnson is hoping to reach not only current cable subscribers who covet premium urban content but come of the estimated 10-to-15 million U.S. households that have high-speed Internet access but do not subscribe to a pay TV service.  Johnson says he is taking on the likes of Netflix and Hulu by opening and expanding the content creation system.

“You have 30 million black folks who consume content and you’ve got talent underemployed out there hungry to create that content. Now what’s missing?”

What’s missing, according to Johnson, is an economic ecosystem that brings those two together. That is money put in the hands of the creative people to produce content and to make it available to the people who want to consume it.

Johnson says he will provide capital to the those in the creative community, those in front of the camera and those behind the camera who make content aimed at an urban audience.  Then offer that content through a streaming digital platform to consumers. The consumers pay and the money will go from the consumer to the producers.

“The producers go and produce the content; the content enjoyment goes back to the consumers. You’ve got an ecosystem built around black creativity and black content consumption,” Johnson said. “So, what UMC has to do is put together a pool of capital that we’re working on that we’ll say to urban African American content producers, ‘come produce’ … because the audience is out there just waiting.”

Johnson admits that one of the biggest issues he faced at BET besides cable distribution was the cost of acquiring programming. “The only way this will work is if you create original content or that you’re not buying library content that has been widely seen or distributed.  Library content is less expensive than original content but I’ll watch ‘Training Day’ with Denzel any chance I get but I don’t want to watch it every day. I want to watch something new.”

So far, consumer response to UMC has been mixed with the service receiving an average rating of 3.5 out of 5 stars on Amazon.com. Much of the complaints revolve around the lack of frequency of new content and technical issues with the app.

The UMC app is available on Apple TV, Roku, Amazon Prime, and through Amazon Fire TV. UMC offers a seven-day free trial. After the trial period, the monthly fee is $4.99. UMC offers original feature films, documentaries, original series aimed at urban audiences, and a mix of stand-up comedy among other library content.

Brown Sugar is available in the Google Play Store and iTunes App Store. There is a free initial trial period for subscribers with a monthly price of $3.99 thereafter.

121 SHARES
Close
Do you want to read more similar stories?