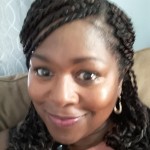 At Moguldom.com, the conversation centers on reducing inequality in the tech industry. I am excited to become a new Moguldom contributor to share ideas and introduce amazing people in the tech sphere who are making a positive difference.

Sometimes I lived there, but more often I commuted up and down the Interstate 280 corridor to an area undergoing a technological revolution that would spawn social media, the sharing economy, and mobile gadgetry which now dominate and define every aspect of how we experience life.

And the tech revolution continues. Without a doubt, the movement toward greater diversity has partially transformed the tech industry, thanks to the efforts of investors, founders and dynamic companies that resist institutionalization and recognize the importance of always skating on the creative edge.

On the PR and marketing side of the tech industry, I’m doing my best to spread the good word about the explosive potential of diversity and inclusion. As a former Silicon Valley journalist, HP employee and consultant for Intuitive Surgical, I’ve been involved with the global tech industry for a long time and have seen it from multiple angles. I know from experience that a lack of diversity is contributing to chronic underperformance.

All of us on the front lines of this struggle have pushed and prodded, with equal parts grit and diplomacy, to persuade venture capitalists and established tech firms to seize the future by funding and hiring more people of color.

It’s the right thing to do and the profitable thing to do. It’s the type of strategy that forward-thinking entrepreneurs and investors should embrace if they want to stay ahead of the competition.

Some are listening but unfortunately many others are not and as a result, the movement toward greater diversity and inclusion in tech has yet to seize the day.

Diversity works and we’ve got the numbers to prove it

Adopt whatever perspective you’d like—human resources, investing, marketing, creative. From where you stand, broader and more innovative hiring and funding practices hold immense promise. Maybe you can see that and maybe you can’t, but either way, it happens to be true.

This was confirmed in a 2015 study sponsored by the business consulting firm McKinsey & Company. Their research revealed that in comparison to other enterprises with venture capital funding, companies that ranked in the top 25 percent for gender diversity were 15 percent more likely to surpass the median in industry profitability. Meanwhile, companies that ranked in the top quarter for ethnic diversity did even better, bypassing those standards at a 35-percent higher rate than their less-diverse competitors.

On the other side of the coin, companies that ranked in the bottom 25 percent in diversity performed below the industry mean, which is suitable for dinosaurs that have stayed stuck in the past for far too long.

The bottom line is that the science backs up what I have seen with my own eyes: inclusion is profitable and a smart strategy. It isn’t overhyped, overrated or an offshoot of political correctness. It’s the true unexplored country with treasures just waiting to be discovered.

If fully unleashed, diversity in the Silicon Valley could create a new California gold rush, only this time around there would be plenty of profits for everyone.

Waiting is for losers

No business ever lost money because it diversified its personnel, marketing strategies or creative processes. It might flounder if it introduced it haphazardly, inconsistently or without real conviction, but that only proves the point that diversity works, while suppressing it does not.

Bad ideas tend to linger long past their expiration date, even in tech, where “adapt or perish” is a harsh and sobering reality. Unfortunately, hidden biases and false assumptions are still preventing venture capital investors and established companies from embracing diversity and recognizing its capacity to trigger metamorphosis.

In the current climate, I’ve come to realize that patience isn’t always a virtue. Waiting for the tech sector to change on its own is neither wise nor necessary. The number of women and people of color involved in technology is lower than it should be but higher than it used to be, and that is an important development we shouldn’t ignore.

The talent, the ideas, the enthusiasm and the money are already there in abundance — enough so that a critical mass of cooperation and self-reliance can be reached if enough effort is put into making it happen.

Creating an alternative ecosystem of innovation

As a PR and marketing specialist in the San Francisco Bay Area, I’ve worked with many successful people determined to use their influence to spark a revolution in venture capital sponsorship.

For example, just last year I managed an exciting PR campaign for the ambitious entrepreneur behind VentureFund.io, a fully democratic and interactive online platform that connects aspiring founders with investors looking to dive into deeper and more promising pools of talent.

No intermediaries are required on platforms like this one (VentureFund.io has helped inspire others to launch similar programs), giving up-and-coming founders from underrepresented groups the chance to take their proposals directly to potential sponsors.

This approach works like a charm, and it provides an ideal model for women, people of color and all their supporters to band together and spurs the growth of black, Hispanic and women-owned start-ups. Inspired creators can find the funding they need to blast through the glass ceiling, and investors with vision and foresight can jump in on the ground floor of an authentic tech revolution.

It’s a win-win proposition for all, and the best method available for diversifying the tech industry without waiting for the Neanderthals to come to their senses.

Lori Shepherd, founder of 25SecondsPR, has worked for 15-plus years as a public relations/communications strategist in the Silicon Valley area. She’ll be sharing her perspective about inclusion in the tech sphere, her insights about emerging tech innovators making a difference, and veteran innovators who already have. Why 25 Seconds? “25 seconds tops is the time a public relations professional has to pique an influencer’s attention with a compelling pitch,” Lori says. Email Lori at lori@25secondspr.com.