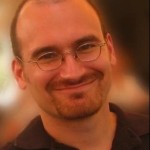 Africa’s infrastructure deficit is far from secret, yet the statistics still boggle the mind.

Consider this. The city of Dallas, Texas consumes more electricity than that generated by sub-Saharan Africa north of the Limpopo River.

Just a third of the continent’s rural residents live within two kilometers of an all-season road. And only one out of every 20 acres of land is under irrigation.

In a widely-publicized 2010 study, the African Development Bank estimated that closing the continent’s infrastructure gap would require investment of $93 billion annually — roughly twice the amount currently financed by governments and international development agencies.

Meanwhile, Africa’s pension funds sit atop more than $200 billion worth of assets, a figure that analysts expect to triple by the end of the decade. A portion of these assets could be invested in developing the continent’s infrastructure, but they often end up invested in foreign equities and funds instead.

There are good reasons for this. Sub-Saharan Africa’s capital markets, with the exception of the Johannesburg Stock Exchange, are small and illiquid. Their total market capitalization is less than $150 billion and trade volumes average just north of $200 million per week.

Recent reforms have helped steer a greater portion of Africa’s pension assets to local bond and equity markets. The injection of additional capital helped fuel big gains on both the Nigerian and Ghanaian stock exchanges.

But to unlock African pension funds’ potential as financiers of infrastructure development on the continent, their managers need access to a broader universe of investable infrastructure securities.

Listed infrastructure funds have found increasing favor with institutional investors worldwide because of their impressive performance and limited correlation with equity markets.

The Dow Jones Brookfield Global Infrastructure Index, which tracks companies that generate at least 70 percent of their cash from the ownership and operation of infrastructure assets, has posted a 14.67-percent annualized return since its inception at the end of 2002.

The performance is all the more impressive when compared to the S&P 500 Index’s 6.94-percent return over the same time frame.

Unfortunately, neither of these indices have any African exposure, an omission that is typical of the asset class.

Of the 41 listed infrastructure funds tracked by alternative asset consultancy Preqin, none invests primarily in Africa.

But recent changes in the continent’s capital market and policy environment suggest this need not be the case for long.

Unlisted funds like these give investors a degree of control over how the underlying assets are managed, and can be attractive because their market value is substantially less volatile than their listed counterparts due to the fact that they are valued at book value because they don’t trade on an open market.

The tradeoff, however, is that they are illiquid and tie up large chunks of capital for long periods. The Stanlib fund, for example, requires a minimum investment of R50 million and a commitment period of five years.

They are also frequently encumbered by high management and performance fees. According to research conducted by asset manager Rare Infrastructure, fee structures for unlisted infrastructure funds typically include a management fee of 2 percent of total assets plus a 20-percent performance fee.

Listed funds, on the other hand, are much more liquid, allow for greater diversification, and tend to be more cost-efficient. Their management fees are typically assessed at a rate of 1-percent-to-2-percent of assets and without a performance fee. It’s for these reasons that a growing number of institutional investors are looking for opportunities to add them to their portfolios. In a recent survey conducted by Preqin, 10 percent of portfolio managers active in the infrastructure space wish to add exposure to listed funds.

Unfortunately, Africa’s universe of nine investable infrastructure stocks, while posting a 35.3-percent average return over the past 12 months, remains quite small. Only two of these listings average more than $400,000 worth of trade volume per week. Thus, it would be difficult for an asset manager to achieve meaningful, diversified exposure to the continent’s infrastructure sector via public equity markets.

But an innovative new asset class taking root in the UK shows that constructing a portfolio of listed infrastructure stocks isn’t the only way to build an infrastructure fund.

Instead of establishing stakes in listed utilities or infrastructure companies, all four of the closed end funds launched last year invest directly in solar photovoltaic parks or wind farms. They then pay dividends to their shareholders out of revenue generated from the sale of electricity. Excess profits are either reinvested in additional infrastructure, or, in the case of project-specific funds, paid out to investors.

These sorts of investment companies are particularly well-suited for investments in smaller-scale infrastructure projects with short construction lead times, like wind, solar, and gas-fired power plants. Such projects minimize the need for debt finance and allows them to get fully invested and generating cash quickly. To further ensure the fund’s ability to pay dividends from the start, the investment manager generally arranges a pipeline of acquisitions prior to its launch.

Africa, with its high solar irradiance, exceptional wind and geothermal resources, and extensive natural gas reserves is home to an increasing number of these smaller, decentralized projects. And national energy policies suggest that this trend will continue in the medium term.

In November 2013, South Africa’s Department of Energy approved 17 renewable energy projects worth an aggregate $3.3 billion. The country intends to add 3,725 megawatts of clean energy capacity by the end of 2016, a figure that represents approximately 5% of total installed capacity.

Kenya’s monopoly electricity distributor, Kenya Power Ltd, is obliged by the national energy regulator to purchase power from wind and solar projects even if less expensive power alternatives exist. It plans to add 5,500 megawatts of power to the national grid over the next three years. The country’s existing installed capacity (from all sources) is just 1533 MW.

Africa’s capital market environment looks like it would be increasingly hospitable to pure-play listed infrastructure funds of the sort that now flourish on the London Stock Exchange. The Johannesburg Stock Exchange and Stock Exchange of Mauritius both boast well-developed platforms for investment companies and unit trusts. Transcentury Kenya has familiarized Nairobi Securities Exchange investors with private infrastructure holdings companies. And the recent IPO of Mega African Capital in Ghana suggests that market would be ready to host an infrastructure fund, too.

All the requisites of a breakout asset class are present – a slew of much-needed infrastructure projects in search of funding, large institutional investors in search of high-yielding and liquid exposure to the sector, and underdeveloped capital markets in search of new listings.

What’s left to be seen is which markets and managers capitalize on the opportunity first.