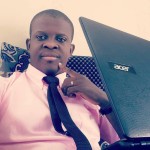 Ahmad Zanna, a federal senator from the region has also added a new twist to the story of the missing girls when he said the military is aware of the movements of the kidnappers and the girls.

“What bothered me the most is that whenever I informed the military where these girls were, after two to three days they were moved from that place to another. Still, I would go back and inform them on new developments,” Sen. Zanna told Persecond News.

Likewise in September 2011, when President Goodluck Jonathan spoke at the launch of the new national drivers license and vehicle number plates in Abuja, he announced that the government had uncovered strong leads to the terrorists and those behind them.

Jonathan said: “Let me use this occasion to reassure Nigerians and members of the international community that we now have strong leads as to those involved in this terror war on Nigeria and Nigerians. I have directed security operatives to go after them no matter where they may be hiding.

“Also, I am using this opportunity to warn that those who choose to hide under our new freedom to perpetuate evil against our people shall have no hiding place. This administration is fully determined and able to deal with all threats and agents of instability who continue to test the resolve of our nation and its democratic institutions and leadership.

“As President and Chief Security Officer of the nation, I will employ every means and instruments at my disposal to secure this nation against forces of evil which seek to divide and sabotage our country. There shall be no sacred cows in our efforts to expose, contain and defeat this network of terror. I have directed the review of our national security architecture to lay greater emphasis on intelligence and citizens’ participation in security surveillance.”

The popular consensus in Nigeria is that more words were being said without actions – what is known as we-are-on-top-of-the-situation phenomenon – which could be the reason why the president is not saying anything yet. To his credit though, he continues to make funds available to security operatives.

For the third consecutive year, security was allocated the largest chunk of the Nigerian budget with a total of about NGN1 trillion ($6.2 billion). The funds support recurrent and service-wide votes for the security sector which includes the Armed Forces, police, the National Security Adviser’s office, and the para-military services. With more funds available, it is still a mystery as to how 234 girls could be taken away in a city that is under emergency rule and has military officers all over the city.

The president has changed his security advisers and chiefs repeatedly, yet nothing has changed – insecurity remains cosmopolitan and state-owned media stations continue to tell citizens that the situation is under control and peace has returned to the affected areas. The government-owned national TV network, the NTA recently aired videos from an alleged faction of Boko Haram who claimed they were ready to dialogue with the government. With the turn of events, it seemed the faction has no influence on the group.

All eyes are on Nigeria as the whole world patiently awaits the fate of the girls of Government College Chibok, Borno state. The government too seems to be aware of the enormous and delicate nature of the issue at hand which is why the president’s usually vocal media spokespersons – Dr. Reuben Abati, Doyin Okupe and information minister, Labaran Maku are dead silent. They’ve realized that PR cannot get the government out of this — only the safe return of the girls can.

Coincidentally, Nigeria will be hosting world leaders at the World Economic Forum in Abuja next week. Even though the president is assuring the entire world that participants will be safe during the event, the global campaign for the freedom of the girls is louder than the president’s. The only thing that could save the day is a picture of the missing girls reuniting with their worried families.