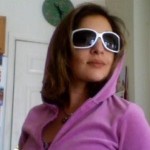 When the Denver Broncos battle the Seattle Seahawks for the pigskin at MetLife Stadium Feb. 2, the game will be historic for more reasons than football. With both teams hailing from the only two states in the country (or world for that matter) that have legalized marijuana for recreational use this year, Super Bowl XLVII is already being dubbed the Marijuana Bowl. It’s being used as a rallying call for wider marijuana legalization. But besides the whole stoner fantasy angle, there are some other interesting facts associated with this year’s match-up. Here are 10 Super Bowl trivia about the Bronco-Seahawk matchup.