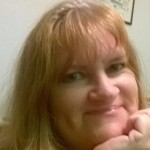 Fed up with the rampant corruption in Tanzania, foreign donors are threatening to reduce their aid, according to an All Africa report. The frustrated donors include Canada, Denmark, the European Commission, Finland, Germany, Ireland, Japan, the Netherlands, Norway, Sweden, Switzerland, Britain and the World Bank.

Although Tanzania officially has a zero-tolerance policy on corruption and misuse of public funds, the policy rarely results in prosecution. The government claims lack of sufficient evidence prevents it from bringing infractions to court. Others say the government itself is corrupt, and therefore cannot be counted on to properly handle corruption.

Recently, corruption has been alleged within TANESCO, the state-run power company; the health ministry; the energy and minerals ministry; and the Tanzania ports authority.

According to Azaveli Rwaitama, a political analyst at the University of Dar es Salaam, “…aid is a strategic way of finding new partners and also a way to push through their various policies.”

Tanzania receives more aid per capita than any other country in the world. Foreign donors pledged $560 million to Tanzania in 2013.

“There has been stagnation in the fight against corruption,” said Lennarth Hjelmåker, the Swedish ambassador to Tanzania, who chairs the foreign donors group. The group has vowed to keep track of how corruption is being handled in the country.

Not all corruption can or should be handled by the courts, he said. Civil sanctions — such as warnings, suspensions, demotions and dismissal of those found to engage in corrupt activities — don’t need to go through the judicial system and can be dealt with much more quickly.