Respect For The Dead 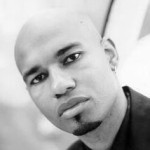 There is no substitute for putting in work. Real work.

Nipsey Hussle put in real work. He started from the very bottom and built himself up into a successful music and clothing brand that was tragically cut short on March 31st, when he was shot and killed in front of his store in Los Angeles.

His death has been met with almost universal shock and grief. Tributes poured in from groups as diverse as the people in his immediate crew to the LAPD to the Wall Street Journal. Video clips from his old interviews go viral every few hours, and each new one brings more sadness and a deeper awareness of the void his death will leave in the lives of his family, fellow artists, and business associates.

His passing hurts because Nipsey did everything we say we want Black celebrities to do; he took the money he made from the culture and reinvested back into his community and people. He was a visible and accessible presence in that community.

Nipsey did more than his part for the culture. What will we do for it? We always show up to mourn the dead and march for those wrongfully killed by the system, but how often do we support the living?

I’ve been to so many seminars and conferences on Black empowerment that offered no solutions and were really created so the panelists could collect a check. Social media has fooled people into believing that “work” is sharing academic theories that feed nothing but the egos of the theorists. Very few people are willing to build. And even fewer are willing to build with people in the communities that need the most help.

Every neighborhood has a Nipsey. He may be the weed connect, or the brother who comes into the barbershop selling socks. The intentional economic exploitation of Black communities has left most Black men no choice but to create alternative streams of income. Some fall, some survive, the fortunate ones are able to grow their hustle into a business and they all deserve support from their people but often don’t get it until they’re gone.

Everyone comes to a funeral, including vultures. Nobody really cares about Black men until we’re dead and our deaths can be exploited and our lives misinterpreted to fit whatever agenda opportunists want to sell. Organizations are built on it, careers are made from it. It’s easy to wear a shirt and create hashtags and slogans, but when the hype fades away, who will stay to heal the community?

Nipsey Hussle’s true impact is complex. He was a now iconic hip-hop artist in control of his art. A model of Black self-determination and wealth-building. Most importantly, his tragic death may become the catalyst for a lasting peace between rival gangs in Los Angeles. However we remember him, l feel the best way to honor him is to show love and support to brothers and sisters among us who could build legacies like his in the future.

This article was originally published on Medium. It is reposted here with the permission of the author, Walker. Read the original.