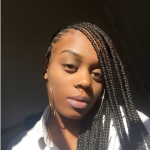 H&M has been under fire for a week now after releasing a racist ad featuring an African
American boy wearing a sweatshirt titled “ the coolest monkey in the jungle”.

People on Black Twitter wasted no time criticizing the company for releasing an ad that was not only poorly thought out but also a slap in the face to the entire community.

Reposts began to surface on Instagram and Twitter of the young model in photoshopped sweatshirts that were designed by different companies, music labels and so on.

Now, even celebrities have taken initiative to show that they are in support of such issues
regarding the black community.

.@Diddy denies claims that he offered a $1million modeling contract to the young boy in the H&M ad. #TheBreakfastClub pic.twitter.com/yIhDldeJXG

Technology provides a perfect platform for artists and ball players to express their concerns, but we can do much more than designing and photoshopping different sweatshirts for the model portrayed in the H&M ad.

Instagram, Twitter and Facebook are not only used for keeping up with followers around
the world and seeing what goals they’ve decided to achieve for the week. They’re also used to allow everyone to have a platform to express their thoughts.

The whole H&M thing showed me how powerful social media is now they're up to 75% off their merchandise.

Now can y'all find something racist that Apple did. I need an Iphone quick😭👊

Some celebrities have taken their words and made them reality. Others may still need a
little help on how to use technology to support their activism.

I’ve come up with a guide for celebrities on how to use tech to support their activism in the wake of the H&M advertising debacle.

1. Create your own movement

If you feel strongly enough about an issue to repost it on Instagram and write a lengthy caption underneath, you care enough to make a physical change.

Conduct research, find ways you can help, and reach out to companies that will aid in you accomplishing your goal. Gathering important details, you can then round up a team that’s just as passionate and head to social media. Don’t be afraid to start a hashtag promoting your movement. Get your followers in the know about ways you’re planning to stand behind your words.

H&M has appointed a diversity manager after dealing with the fallout from using a black child to advertise a hoodie with the slogan "coolest monkey in the jungle" https://t.co/I8eZI6IZIL pic.twitter.com/CSqNVkNgYL

Youtube has been on the ascent for years now, leaving users with a platform to create almost anything they desire. According to Fortunelords.com almost 5 billion videos are watched on Youtube every single day.

Broadcast your movement through a more interactive platform where viewers can listen, look and have the option to take action.

With H&M, people were looking to automatically blame the entire company for the ad it released. But in reality, companies have panelists who vote to have advertisements like this go out. They are the ones that really need a talking to.

Look past the surface of controversial situations, and search deeper for what may be the root of the problem. Getting educated and finding ways to implement yourself into these positions could help the outcome drastically.

Raise awareness through social media platforms that can help bring fast relief to situations such as these. Petitioning the company, and letting corporate owners know you and an entire community are unhappy with their efforts could truly make a change in who they let make final decisions on advertisements.

It may seem like the right move to destroy the very companies that seem to have no empathy for our community, but there is so much more we can do digitally. Insert yourself into the issue, assess possible options, and get your movement recognized via social media.

Let’s do more than the bare minimum.

I’m going to see what #HM got today. Im not about boycott a damn thing. I’m not about to fake care or be fake mad like you’ll are. Next week, hell in 3 days y’all will forget about this just like everything else y’all be fake caring about.