Video Visitations And The Politics Of Technology In Prisons 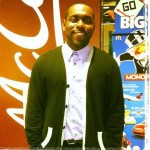 America was in transition, the civil war had come to an end and slavery in the U.S. was officially a “thing of the past.”

After years of driving the economy through the blood, sweat and tears of black bodies, the South was in shambles. The southern way of capitalism was at risk.

This realization brought life to a new strategy of oppression. If the good men of the south could no longer rely on slave labor, they would have to find another way to get cheap or even free work. They chose the criminal justice system as the pipeline for this, and in the course of 20 years, began to pass bills that literally criminalized being a black man in America.

Thousands of black people were arrested for violating vagrancy laws that sent them to prisons, which in turn leased them out to plantation owners for free labor. This was the beginning of what would become our country’s prison industrial complex.

Today our prison system has more than 2 million people in it, and 40-percent-plus are African Americans. The culture of imprisoning people hit a new peak in the ’90s, with a crime bill that inspired states to create “tough on crime” laws that increased the prison population.

That fever has begun to break. Our elected officials and leaders are slowly starting to realize that our prison culture doesn’t rehabilitate people, neither is it healthy. From a lifetime of criminalization has arisen a push to reform our criminal justice system.

Unfortunately, like those who were motivated to imprison people in the post-war South, there are corporate interests in modern times that see an opportunity to monetize our prison systems. They are building their wealth through tech.

Prisons and jails are seeing and feeling the technological revolution. Many have begun to implement video visitations, which allow people to conduct visits through video.

This seems like a solid idea. In theory, it should make it easier for loved ones to communicate with their incarcerated family member. However, in practice it has turned into a huge deterrent.

Besides the digital divide, video visitations add another expense for families already struggling to make ends meet while a loved one is incarcerated.

“The high cost of maintaining contact with incarcerated family members led more than one in three families (34 percent) into debt to pay for phone calls and visits alone,” according to Whopaysreport.org. Instead of looking for ways to mitigate this problem, video visitations with their $1.50-per-minute video chat charges, only make the problem worse. They eliminate other options for visitation, forcing everyone to engage, no matter their financial circumstance.

Once video visitation are made available, 74 percent of county jails ban in-person visits, according to a Prison Policy Institute report. From there it’s one financial trap after another. In order to pay for video visitation time, families usually have to purchase minutes with a bundle of other services including phone, email and commissary. After all that money is spent, there is no guarantee that the technology will work.

There have been complaints from people who experience freezing screens, early disconnections and modulated audio. In short, video visitations are not ready for mass use.

Technology is supposed to make lives easier. Incarcerated people and their families are being held hostage by an industry with no watchdog.

This push from private corporations to make people use the video visits will hurt poor people, but African Americans and people of color are victimized by our prison system more than anyone else. They have the highest volume of people in the system. This tech revolution won’t just isolate people from their families. It will bankrupt them.