50 Sources Of Funding For Women Entrepreneurs 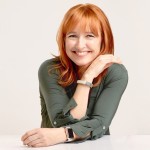 Access to capital is a real problem for women and all underrepresented entrepreneurs. Capital just doesn’t flow well (yet) to those who often need it most to grow great ideas into healthy companies.

As I’ve built Change Catalyst over the last couple of years, I’ve tried to keep track of the many resources I encounter for women entrepreneurs. I hope that by sharing my list, it will help a few of you find the capital you’re seeking.

The following is a non-exhaustive list of capital resources for women entrepreneurs. Know another one? Please let me know.

This article was written by Melinda Briana Epler, founder and CEO of Change Catalyst.

The original article appeared on Medium.

Other lists that include great resources for women founders:

Check out my earlier “List of Accelerators for Women.”

This list originally appeared on Medium. It was reposted here with the author’s permission.

80 SHARES
Close
Do you want to read more similar stories?