Does Trump Deserve Some Credit For The Growing Role Of Crowdfunding In News Coverage? 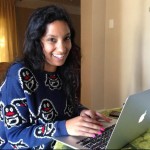 Guardian U.S. said it exceeded its goal of a $50,000 campaign to fund an editorial series on the threat to public lands in America.

The campaign launched on June 5 and was expected to last two months. But in a note to readers, Jane Spencer, deputy editor for strategy of Guardian U.S., wrote that the publisher surpassed its goal within 31 hours of the campaign’s launch, with more than 1,000 readers pledging $60,166.

Other publishers have done some variation of this fundraising approach. Mother Jones used a 35,000-word prison exposé it published in 2016 to appeal to readers to contribute to its journalism. The campaign tripled the amount of contributions the publisher usually gets, according to Poynter.

Slate and other news publications have pointed specifically to the Trump election to appeal to readers to subscribe or become paying members. Guardian U.S.’s appeal is unusual in that it’s tied to coverage of a specific editorial series.

From the Guardian. Story by Lucia Moses.

The fundraising campaign was the first time the Guardian’s U.S. edition made an appeal for contributions for a specific editorial series. The Guardian sells print and digital subscriptions and in 2014 launched a membership program offering additional benefits for $6.99 a month or $69 a year. Guardian U.S. decided to use the public lands series, called “This Land is Your Land,” to test people’s willingness to support coverage of specific topics and try to reach new reader supporters to offset declining ad revenue.

Guardian U.S. chose this topic for the campaign after seeing there was widespread support for public lands that crossed ideological lines. The publisher has resisted erecting an online paywall as many publishers have, which limits its ability to extract revenue from readers. It’s questionable how far this newest fundraising approach can be applied, though, since it relies on people making one-off contributions to subjects they feel passionate about.

Relying on people who are passionate about a topic means you may have to go out and find a whole new audience for the next appeal, as opposed to asking people to contribute on a recurring basis, said Angus Macaulay, chief revenue officer of Stat, a health care news startup that relies on subscriptions and advertising. He also wondered if being asked repeatedly to give will cause a wear-out effect.

Spencer said Guardian U.S. hasn’t identified the next series for a fundraising campaign, but that it was significant that the story that kicked off the campaign was only seen by 6 percent of readers, suggesting there’s a role for fundraising around issue-based coverage that reaches a narrow subset of readers.

“We definitely reached a new pool of contributors, and that model holds interest for us,” she said. “We’re very much in the exploratory phase, and we’re excited about the possibilities.”

Read more at the Guardian.