Yes, There Are Successful Token Distributions, But Most ICOs Fail: The Maturing ICO Market 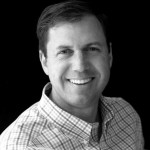 The number of Initial coin offerings has surged over the past six months. However, all is not as rosy as it appears.

Yes, there are many successful token distributions. Since the beginning of June 2017, 46 projects have completed an ICO in line with their stated objectives, raising over $1.6 billion. On average these projects have raised $36 million to fund their efforts although outliers skew the data as the median raise was $19 million. Clearly these projects have demonstrated excellent receptivity by token purchasers.

However, most ICOs fail, sometimes miserably, at achieving their objectives. The vast majority of issuers indicated their token distribution goals via a stated goal, a soft cap or a hard cap. We simply evaluated final results vs. stated objectives. If an issuer achieved greater than 75% of their hoped-for token distribution, we considered it a success, below that level, a failure.

Most startups fail. Most ICOs will fail. But I would argue that the percentage of failed ICO startups will be lower than regular (VC) ones.

We simply evaluated final results vs. stated objectives. If an issuer achieved greater than 75 percent of their hoped-for token distribution, we considered it a success, below that level, a failure.

The token distribution market has quickly become more difficult. In June 2017, only one project failed to reach their objective. However, subsequent months tell a far different tale. From July 1 through Sept. 25, 2017, 51 ICOs launched with high hopes, yet failed to meet their own objectives. These represented an astounding 59 percent failure rate for all ICOs during that period.

Some may contend that even failure is beneficial to a project as it raises funds to allow the initiation or continued development of the project and team’s vision. In some cases, that’s a quite reasonable argument, however, in many cases the value proposition of the actual token issued is seriously compromised, perhaps permanently. Also, the level of capital raised from a failed token distribution is rapidly declining, from a median of $4 million in July 2017 to $2 million in September 2017. Of the total, 43 percent (21) raised $1 million or less from their efforts.

The chart below details each project evaluated and the results:

Lessons and The Future

We are clearly seeing a first step in the maturation of the ICO market. While each token distribution success and failure requires its own analysis, it’s clear that the market is doing what markets do best: make efficient decisions. That’s not to say all the successful token distributions will become successful projects and vice versa, however, a stark two-tier market has quickly developed via “crowd behavior”.

In addition to a more realistic regulatory environment, which is coming quickly, we expect to see measures of quality become increasingly important. These measures include:

In other words, the ICO market will require all the same characteristics that would be important to attract quality early-stage investors.

Special thanks to Eric Xu for his efforts.

This article originally appeared on Hacker Noon. It was reposted here with the permission of the author, Eric F. Risley.