Facebook VP On Mentoring While Black: ‘Simply Speaking The Truth Is Not Enough’ 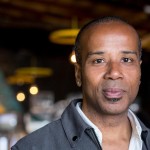 I originally wrote this piece as a chapter in a book by former President Barack Obama.

It was meant to support his “My Brother’s Keeper” initiative. His work started a very important conversation about how young men of color are viewed and treated in society. As the book didn’t come out, and as I think that everyone should have two mentors, I am publishing this now, under my own shingle.

The head that popped in the door and saved me

“Why would anyone help me?”

Larry Erwin, a young gentleman I now advise, asked the question after hearing my standard lecture about the value of mentorship. I had underscored that he was at a competitive disadvantage by not having a mentor.

My own origin story isn’t remarkable: raised by a single mother, with copious financial help from my father, a veteran of three wars (II, Korea, and Vietnam) in Berkeley and Oakland, California.

My discovery of the value of mentorship was happenstance. I now try to make it less accidental and more of a plan for others, based on the same impulse that drove my first mentor: the desire to help.

A pause for a work history infographic

My career after accounting for mergers and acquisitions:

And I am now at Facebook, after I sold Lucasfilm’s THX to Razer Ltd.

When I got out of college, my goal was to find a job working with technology. What I didn’t expect is that I would end up building technology.

This is how that career began, and how I developed my favorite conversation starter: “How can I help you?”

I was conceived during the Summer of Love in San Francisco, which features prominently later in the narrative. The city. Not the conception.

Right out of school, I had a job offer with Accenture (née Andersen Consulting). Since it was solely as a computer programmer, I turned it down. I wanted to do creative work.

So I spent early June doing temporary work for various companies, helping with presentations and the like.

My hair (a sloped hi-top fade) and dress (early ’90s club wear, not really the best for the office) didn’t make me an obvious candidate for full-time employment.

Then I learned of an opportunity to work freelance at the New York Times, as they needed a “cartographer with Macintosh skills.” I had no ability in the former, but had honed my “Macintosh skills” since high school, where I converted the school paper to electronic publishing, and leveraged that hands-on experience into jobs every summer during college.

The paper’s editors, Rich Meislin and Tom Bodkin, met with me in June 1990. They’d noticed I had an undergraduate degree in economics. It turned out that there was an unadvertised full-time position at the paper as a news assistant. They asked me if I would consider that position, which was a full-time gig, as opposed to the cartography job, which was part-time. The news assistant position was near the bottom of the newsroom pecking order, but news assistants often rose up to become reporters and editors. They offered me the job a few days later.

If someone asks you to do a job that is different than the position you expected to obtain, reserve flexibility to pursue the new opportunity.

I said yes to the offer in July of 1990. At the time, I wasn’t aware that the position had been promised to another young man who looked like me. This fellow, a clerk at the paper, was on vacation when they gave me the job. He returned to find Ty the Usurper at the desk that had been promised to him.

The workplace can be rough.

I had to buy suits. I had to buy shirts. I started shaving every day, with a straight razor, which hurt like hell and caused my face to bump up. (I switched to shaving with a beard trimmer, to good effect.)

Eventually, I was promoted from the news assistant job (creating charts and graphs for the business section of the paper), into working on the death and destruction beat, also known as national and international news. With the support of two fantastic editors, Richard J Meislin and Carl Lavin, and super-sharp colleagues like Anne Cronin, I was able to grow and tackle a series of ambitious visual data projects.

But I was abrasive.

One reason was that I hadn’t worked a full-time job before, and I wasn’t fully versed in workplace protocol. No, you don’t get to say whatever is on your mind.

Another reason was that my undergraduate experience was one of Quaker-based confrontation — (mostly) gentle arguments about perceived disagreements and slights. Lastly, I was the child of a Berkeley mother (see “your Moms (sic) is so Berkeley . . . “). She taught me that rules weren’t binding, they were for consideration and had to make sense to me, personally.

On the foreign (read “international”) desk at the Times, I had plenty of opportunity to weigh in on unconscious bias and unintentional injustices.

In 1992, for example, there was an article on poaching in Tanzania. It said that the poachers took off and landed their plane using a “primitive” landing strip in the plains.

So 24-year-old Ty wrote a note in green ink (a color used exclusively by Allan M.Siegal, the Times’s style czar, to note grammatical and usage mistakes) to the foreign desk editors asking about the word choice, and its less-than-tasteful connotations.

The head editor on the foreign desk took me aside, and indirectly raised the larger question of whether or not I should continue to work on the desk. I hadn’t considered that calling my co-workers racist may not go over too well.

Bold, but perhaps misplaced actions will be noticed.

While that misstep took some time to patch up, I was winning a number of internal awards (with the assistance and guidance of colleagues), and getting larger assignments out in the field.

Two years later, I was sent to Oklahoma City just a few hours after Timothy McVeigh bombed the federal building there. Armed with an Arab surname, dubious New York City press credentials and looking as I do, I set off into the carnage to diagram how the bomb blast brought down the building and killed 168. All this was done working with other colleagues on the ground and back in New York.

The work was published the next day, and I noticed that my name wasn’t included on the reporters’ credit section. (Journalists’ egos are largely driven by bylines, which matter mostly to other journalists and parents of journalists.) I had fed the work to a colleague, and the rules governing credits for orchestration as opposed to contributing were more arcane at that time. I stewed about this for the next four days, until I returned to the office in New York.

Carl Lavin was my boss at the time, and I asked to speak with him. As he didn’t have an office, we borrowed someone else’s, where I raised my voice about the injustice of my name not being on the report.

At that point, an assistant managing editor at the paper, Soma Golden Behr, stuck her head in the office (it was hers). She came, told us that my complaints could be heard by the rest of the staff in the newsroom and closed the door.

Anger is a bad emotion to tap into in most situations, both personal and professional.

Later that week, Soma took me aside, and asked me if I had any mentors. Her exact language: “is anyone here . . . looking after you?”

I replied “no.” She gave me advice that I have re-dispensed several times since: “Ty, you have some great ideas, but you have to do a better job of delivering them.”

It was only with those words that I came to understand that the packaging of words and the truth matters — simply speaking the truth, as I saw it, was not enough.

Soma, a 50-something older Jewish woman to whom I didn’t report, took me under her wing, because she saw something in me. She met with me informally to discuss how I might get promoted, how to think about my career, and subtle critiques and praise of some of my pieces. It took some time for her efforts to take root, but she shared wisdom about being aware that you have to have experience to convincingly tell others about right and wrong.

Soma later founded and heads Scholarships Plus, leading efforts to empower young adults to succeed in college. She has always reached out to those who needed it.

In 2012, I reconnected with Soma and met with her in person to thank her.

She dismissed the thanks, as I would have expected.

Her efforts on my behalf inspire me to end so many of my current conversations with “how can I help?” It’s why I believe in mentorship, and why I now have eight mentees, which is far too many.

To help is to make it easier for others. To help someone by mentoring them is to acknowledge the generous acts that raised us up and to experience the joy in helping others grow. To help is the highest thing that we can do.

This article appeared on Medium. It is reposted here with the permission of the author, Ty Ahmad-Taylor.